REVIEW: Swimming at the Babinda Boulders

Surrounded by lush tropical rainforests, the Babinda Boulders near Cairns are made up of cascading streams that weave through huge granite boulders and create large refreshing pools of mountain water, perfect for a relaxing swim.

The Babinda Boulders – why is Devil’s Pool sacred?

A Yidinji Aboriginal legend telling of forbidden love is said to be the reason the boulders exist. The legend tells the story of Oolana, from the Yidinji people, who married Waroonoo, a respected elder from her tribe. Shortly after their union another tribe moved into the area and Oolana soon feel in love with Dyga. The two escaped their tribes and fled into the valleys but were soon captured by them.

Oolana broke free from her captors and threw herself into the still waters of what is now known as Babinda Boulders, calling for Dyga to follow her. As Dyga hit the waters, her anguished cries for her lost lover caused an upheaval as the still waters turned into rushing torrents and huge boulders were scattered across the creek, Oolana disappearing among them. Legend says her spirit still guards the boulders and that her calls can still be heard, this area is known as Devil’s Pool.

How far are the Babinda Boulders from Cairns?

The Boulders are located one hour south of Cairns. Travel along the Bruce Highway and turn right into the town of Babinda, road signs then direct the way to the swimming hole, seven kilometres west of Babinda.

You can also book a tour through Wooroonooran Safaris here.

Facilities at The Boulders:

Walk to the boulders: There are safe swimming areas near the carpark perfect for the kids!

You can also walk down to Devil’s Pool along the 1.3km return Devil’s Pool Walk. The walk begins at the Babinda Boulders picnic area and the bitumen track leads through the rainforest to a series of spectacular waterfalls and boulders. Swimming in the Devil’s Pool isn’t advised.

Can you swim at Babinda Boulders? You can swim at Babinda Boulders, but it is very important to be safe and not take risks. Stick to the designated swimming areas which are indicated by signage and do not swim in strong currents or poor weather conditions.

The Boulders are a beautiful place for a refreshing swim and have been enjoyed by locals for years! Just be sure to keep an eye on your kids at all times and use your common sense.

Are Babinda Boulders good for children? The Boulders are family friendly and are safe for children! There are plenty of designated safe swimming areas perfect for a family swim. The stairs from the picnic area lead down into sandy and shallow waters.

Just be sure to check the currents and stay swim safe.

Are there crocodiles at Babinda Boulders? No, there are no crocodiles at Babinda Boulders, so it is safe to swim without fear of them.

There is a popular, well grassed area with a shady car park very near the Babinda Boulders QLD. There are toilets, showers and tables provided, however the best part of this campground is all the nature around it. 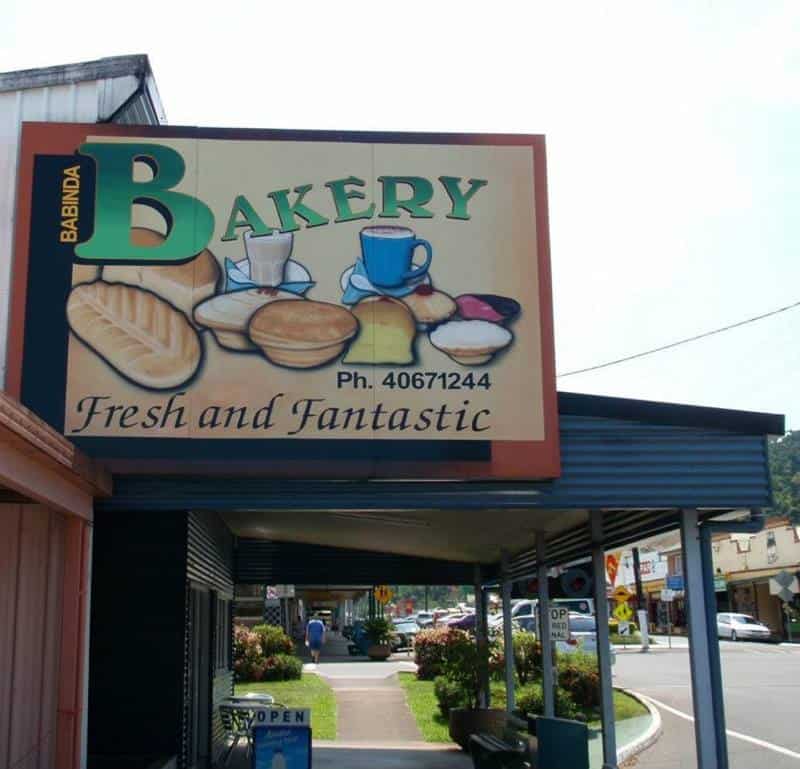 Either on the way to, or the way home from Babinda Boulders, the Babinda Bakery is a must visit. It is a Babinda favourite; the Babinda Bakery is the one-stop-shop for delectable yummies, refreshing drinks and smiling staff. Catch up with your friends and family for a “fresh and fantastic” meal. Babinda Bakery is run and owned by the McAlloon family. The food served is so good, everybody raves about it, and you will too.

Are you looking for other things to do in Cairns with kids? Read our detailed article!